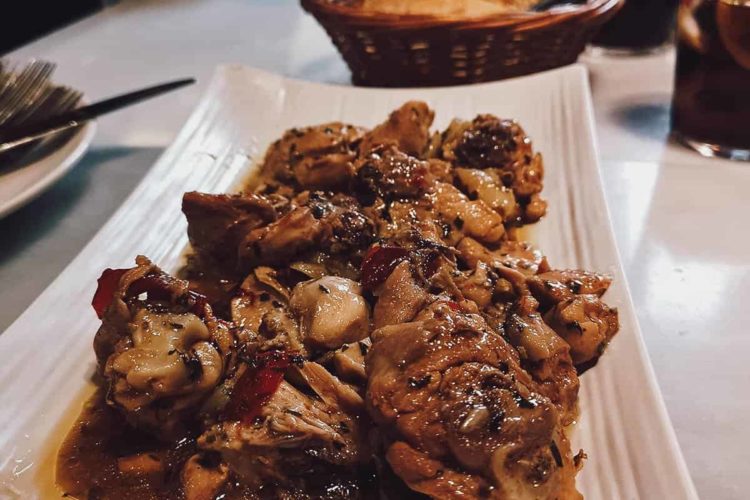 Granada is considered the best place in the taste history and there are plenty of amazing restaurants in Granada. It is well known for its native traditional food and taste. Granada is a well-known place in Spain, which has its value due to the delicious food, taste, and interesting place. The restaurants offer the best spectacular views. You can get anything here according to your taste and choice. The best thing to eat here is the mixture of Spanish and Moorish cuisine here. I will provide you with the best taste in the market. Granada is literally a no exception place. Every visitor loves to visit this repeatedly just for the eager to eat amazing food with spectacular views. Following are some of the major dishes that you can order while in Granada:

This is the best thing to try in Granada; it is a food that comes out from the mountain villages of Las Alpujarras. This dish is one of the most popular dishes of the people out there, who live in that place. The locals mostly love this dish as per their tradition. The dish usually contains potatoes, fried eggs, cured ham along with the blood sausages, which is also known as morcilla. Sweet peppers and chorizo are also part of this dish. The combination of this dish is unbeatable. In addition, it is an easy and simple dish to make with the best taste.

It is also known as a sacred mountain. It is labeled as the Roma quarter of Granada. This place is worth visiting and breathtaking along with spectacular reviews. You must visit this place in order to give try to the special omelet. This dish is a traditional gift from the people living in that place. This dish includes mutton brains and nuts. This dish could also sometimes include serrano ham or chorizo. This dish is well known for its taste and is actually a gift from the Roma community. The tradition of this dish is still present today.

It is a traditional bread of Spain, with a smoky taste. This bread is considered the best one in Spain. This bread is related to the legacy of the Muslims. The hornos morunos or Moorish ovens is the place to bake this bread. This baking process gives the bread a smoky flavor that most people adore. The breakfast with this bread gives a delicious taste and is considered to be the king of breakfast when combined with pan de Alfacar with a little bit of olive oil.

This dish is the connection between the two cultures. It is the typical food present here in Granada that most of people adore. It is a combination of Muslim and Christianity. This dish is composed of beans with cured ham. Muslims introduced beans in the 8th century, so this dish is a delicious combination of both cultures and traditions.

Therefore, these are the topmost dishes that you must try while your visit to this valued place.